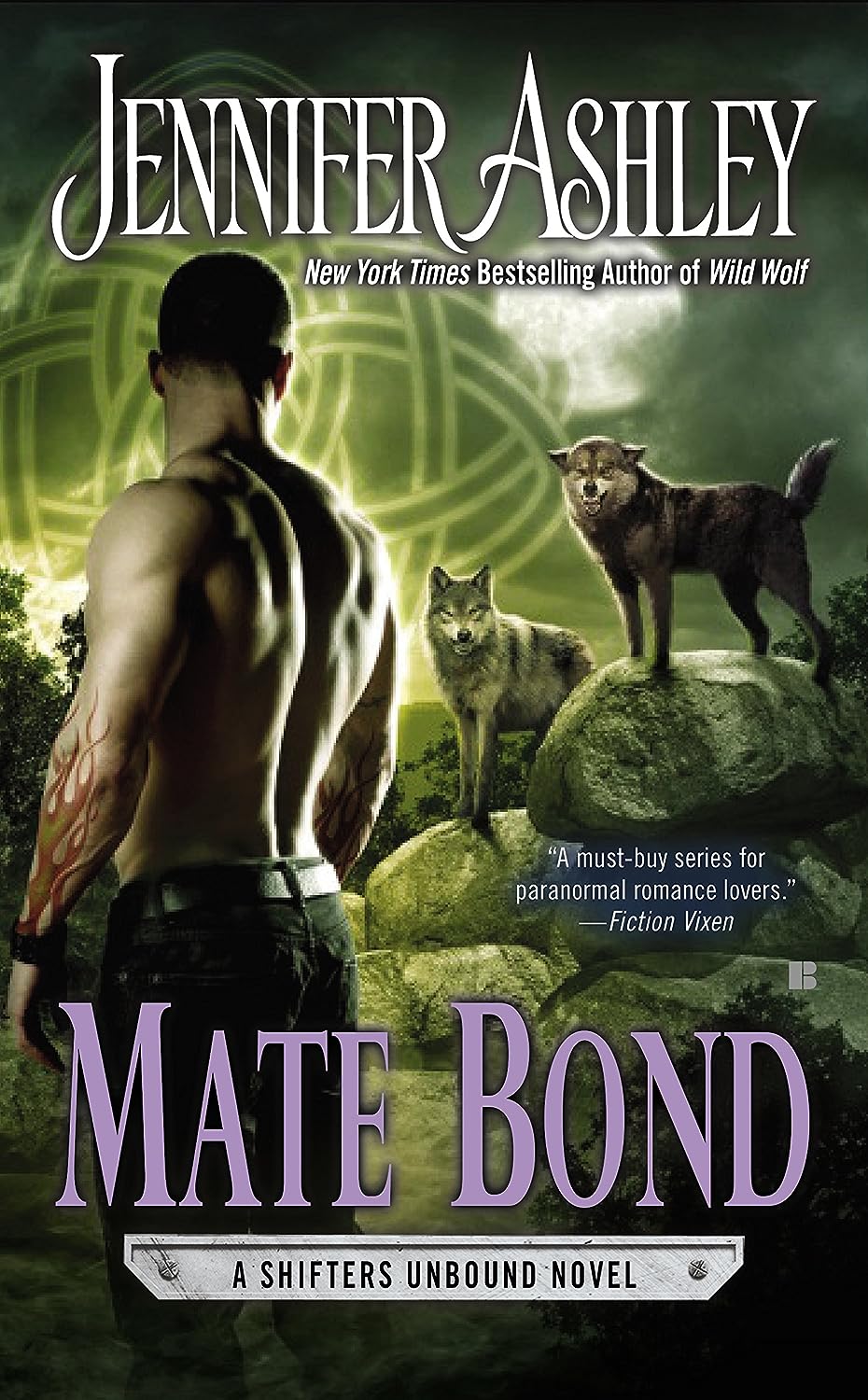 Together but unbound, they must learn what it means to love completely, in the latest novel from the New York Timesbestselling author of Wild Wolf.

To cement the leadership of his North Carolina Shiftertown, Bowman O’Donnell agreed to a “mating of convenience.” Two powerful wolf shifters, he and Kenzie keep the pack in order and are adored by all. Bowman would do anything to protect Kenzie, for in each other’s arms they’ve found far more than friendship. But as strong as their attachment is, they still haven’t formed the elusive mate bond—the almost magical joining of true mates. Now with a monster ravaging the countryside and threatening the Shiftertown community, some in the pack fear that a pair without a true mate bond isn’t strong enough to lead. Bowman and Kenzie will have to rely on their instinctive trust in one another to save their Shifters—and the ensuing battle will either destroy them or give them the chance to seize the love they’ve always craved.

When I’m in the mood for a paranormal romance, I’ve just gotta have one. Nothing else will do. I get this urge for a sexy, alpha, fantasy man and no other book (no matter how awesome, no matter the buzz, no matter the ratings) will get me to change my mind. So it’s gotta be paranormal when I crave it. So I’ve learned to just give in and get myself one. So I was kind of interested, somewhat unsure… but definitely determined to read Mate Bound. I was interested, mostly because of the genre. A paranormal romance with a sexy shifter… just what my heart needed. I was unsure because I’ve never ever read a book written by Jennifer Ashley before in my life…. and since this was the 7th installment of the Shifters Unbound series, I was worried I’d be lost because I didn’t read the prequels. But my worries were soon over. Early into this read I figured out that it didn’t matter that I’d not read previous books in this series. Yes, there were a few characters who may or may not have been present in other books – I really have no idea – but it didn’t matter. Which was both a relief and a pleasant surprise. I was able to go into this book as a total noob and what I’ve walked away with if a feeling of time well spent, a huge smile on my face and an even bigger craving for more paranormal romance – but mostly…. more from Jennifer Ashley. Mate Bond is about a shifter couple who are already mated. This is a new approach for me. I don’t believe I’ve ever read a about mates that starts when they already are a item. In fact, I can’t remember if I’ve ever read a book about any couple who are already together when the book starts… it was definitely a new kind of experience. One I wasn’t sure I was going to get into properly. But my worries were ridiculous. The fact that Kenzie and Bowman (the mates) have been together for 15 years, have a 12 year old cub and for the most part are like an old married couple…. didn’t take away from the sexiness of the read. In fact, this may be the reason I feel their connection even more. I was instantly a team Kenzie and Bowman. The problem the two face is something unique as well. Even though they are mated, they have yet to experience the true mate bond. The fact that this hasn’t happened within the 15 years of them being together does bother them. They fear that the other will find their true mate and move on. Which by their shifter law is allowed. Their true issues? Is that neither of the two know what the other feels and thinks so they feel as if the love for each other is one sided. Right from the start of this book – we get introduced to ‘the problem’ that will carry out the main plot right until the end. Which again, was great. Other than the journey of discovering their love for one another and of course ‘the problem’ I mentioned, there’s little diversion. Which again, makes for a great read. You really don’t need to focus on to many aspects, only the progress of the book and I loved, loved that about Mate Bonds. It made for a seriously exciting and gripping read. Even though this book is written in 3rd person (and those that read my reviews will know, I’m not a big 3rd person POV fan) – I completely forget all about that and just had fun. I loved the mild humor that sometimes made it’s way in Kenzie was a real sassy lady… but not overly so, which again, is great. It didn’t feel as if the author forced us to believe any of the characters personality. They just are who they are and you get to feel and understand that easily and effectively. This book is a perfect balance of sexy and serious. Half of the time I was grinning or fanning myself… the other half I was sitting up straight, biting my nails. I’m genuinely excited to read the rest of the books in this series. I haven’t been this interested in a 7 book series in a long, long time. If you are looking for a paranormal romance, hot shifter alpha’s, a fun and fiery leading lady… and a romance that doesn’t leave you whiplashed, this one’s definitely for you.

Rating: 5 Stars for Sure!